WE HAVE MOVED to a new location!

Park on the East side of the building (to the left as you drive in) and look for our sign for which door to enter. 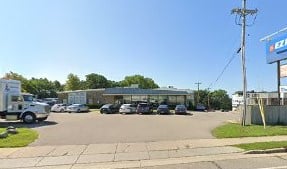 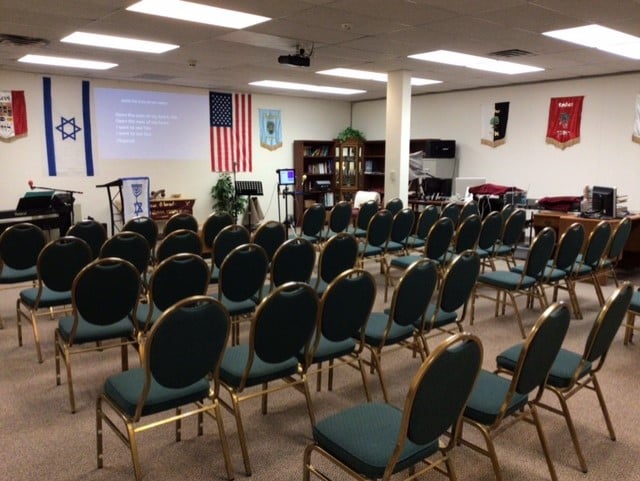 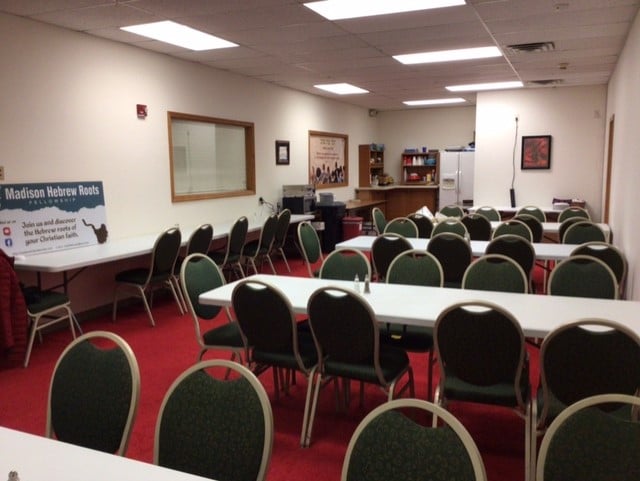 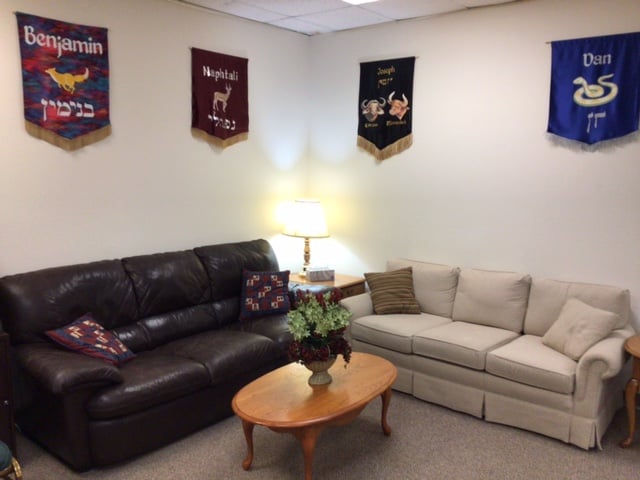 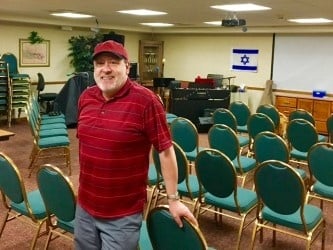 Madison Hebrew Roots Fellowship, is a local Messianic Congregation in Madison, WI where pagan holidays are no longer practiced in our worship, and are replaced by actual Biblical holidays set up by Elohim (God) Himself in the Bible according to His calendar.

Our ministry includes encouragement, fellowship, guidance, learning materials, pastoral care, Sabbath Day meetings, observance of the 7 annual Feasts/Moedim (i.e. -appointed times) of Yahweh and various other religious activities that will help strengthen your relationship with Him and guide you in your spiritual journey.

You are invited to visit one of our services and begin to discover the Hebrew Roots of the Christian Faith. Find out what has been swept under the rug and hidden from us by our religious forefathers long before any of us were born, such as:

Email now, or call us during business hours to inquire about our meetings.  We meet every Saturday at 11:00 a.m.

Our assembly operates as a team of Bible believers with the goal of following the words of the entire Bible, from Genesis to Revelation. We also insist on interpreting scriptures in light of the surrounding context of verses instead of establishing doctrine on the basis of only one verse or part of a verse. Unlike some groups, we don’t throw away any part of the Bible or claim that it has passed away. Throughout history, both the Christian Church and Judaism have added to, and taken doctrines and practices away from the guidelines recommended by the Scriptures, but we seek to restore true worship and religion by "Teshuvah" (repenting, returning or restoring) ourselves back to the pathway of Yahweh's original instructions.

Some may think that we are trying to be Jews or act Jewish because we follow some of the same scriptures, commandments, and practices as they do, but the main difference between us is that we additionally believe and follow Yeshua HaMosiach (Jesus the Messiah) who is the only begotten son of the Elohim (God) of Israel. Many who are returning to Torah are probably part of the ten scattered northern tribes of Israel.  In fact, any person no matter their gender, race or nationality who wants to take up Yahweh's Covenant are no longer Gentiles, aliens, and strangers, but have been brought close by the blood of Christ and have become merged into one new man with Israel, and now belong to the "commonwealth of Israel," according Ephesians Chapter 2. Gentile Christianity is not supposed to annex, assimilate, or absorb Israel, but Israel is supposed to be the surviving entity of the merger. The New Jerusalem will have 12 entrance gates named after the 12 tribes of Israel. It will not have an entrance gate called "Christian" or the name of any Christian denomination. 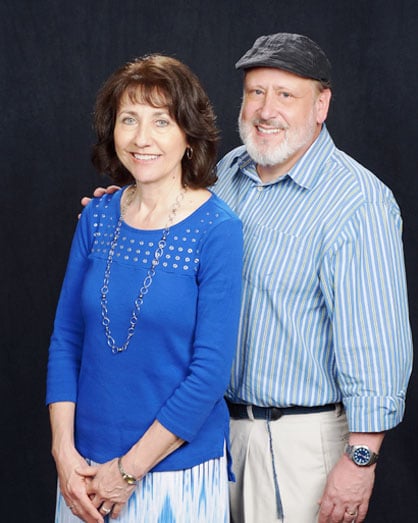 John’s formal religious training was at Trinity Bible College of Ellendale, ND.  His official ministry started at age 21 in a Pentecostal denomination as a travelling evangelist and a gospel singing/recording artist with his wife, Ida, who is our worship leader. John has also served in other churches over the years as minister of music, sound man, and as a supplemental teacher/preacher. He is founder and pastor of Overcomer’s Church here in Madison, WI which started in about 2001, operating as a Full Gospel/Spirit Filled/Charismatic/Pentecostal ministry. In 2009, the church embraced the Hebrew Roots of its Christian faith, and John continues to pastor the congregation under the outreach ministry name of Madison Hebrew Roots Fellowship. 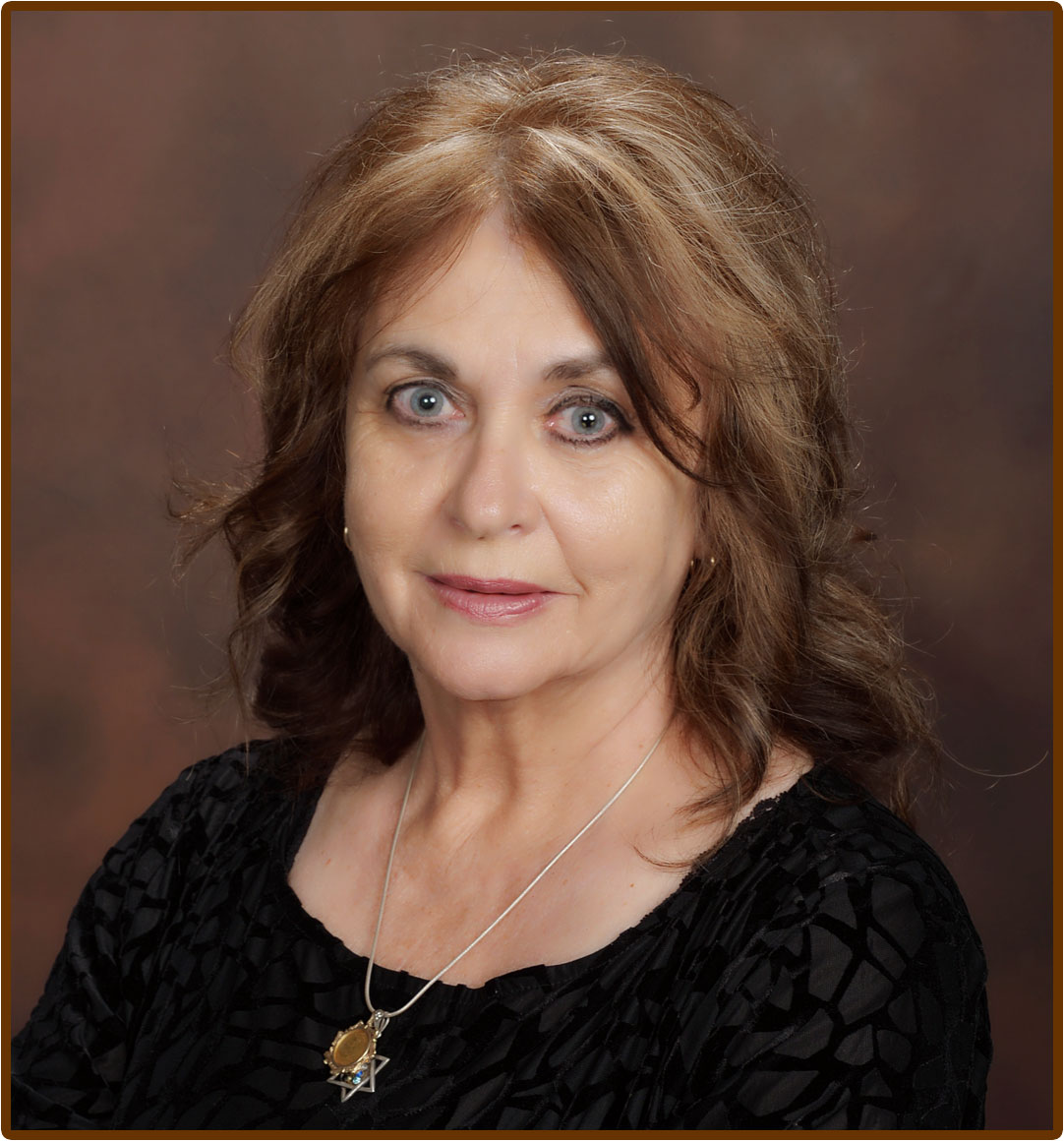 Starlet has been active in the ministry for several years, She currently holds credentials as "Minister  of Outreach" with us, and is known as a prophetess. She involves herself in song writing, exhortation,  prayer, conducting Passover Seders, and sometimes Prison Ministry. Starlet is also administrator and founder of "Yahweh's House of Prayer" page on Facebook, which coordinates prayers for hundreds of needy  people.

We are members in good standing with MCC (Messianic Covenant Community).

Overcomer's Church, Inc is organized as a Wisconsin 501(c)(3) Not-For-Profit Corporation and does business as Madison Hebrew Roots Fellowship of Madison, WI.

WE HAVE  MOVED to a new address listed under Contact Us.